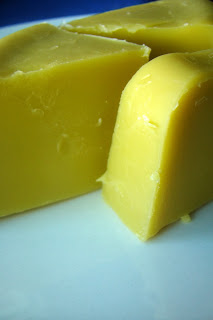 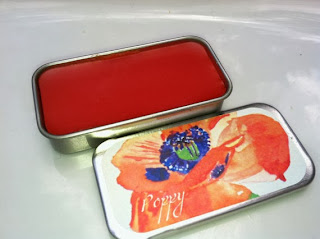 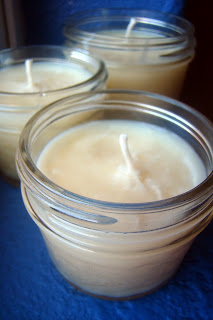 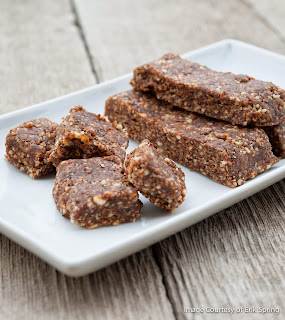 All of these recipes store well, which makes them great for gift-giving. They are all grain-free. 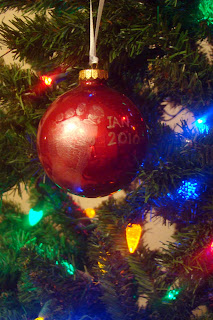 What are your favorite homemade gifts? 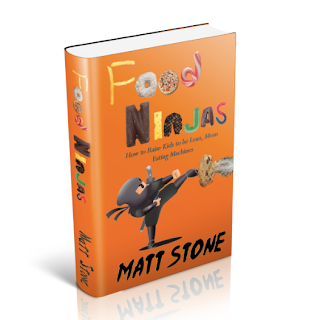 When I learned that Matt Stone had a new book about feeding children, I was very interested to read it.  Some of you may remember that Matt's Diet Recovery book was very beneficial for me in starting on the path back to adrenal health (after my total adrenal crash while on the GAPS Diet).  Matt's new book is Food Ninjas: How to Raise Kids to be Lean, Mean, Eating Machines.

This book is relatively short and to-the-point.  Readers who want more of a scientific basis for Matt's ideas would probably benefit from reading Diet Recovery or one of Matt's other books that delve into more scientific details. For busy parents, the length of Food Ninjas is perfect.

Are We Setting Our Kids Up to Have A Poor Relationship With Food?

One of the overarching themes of Food Ninjas is that we need to foster healthy attitudes towards food in our children. By overly restricting their food options or by forcing them to eat certain foods, we may create in our children a very unhealthy relationship with food. One way to tell whether or not a child has a balanced relationship with food is to see what happens when they go to a birthday party with the usual cake and ice cream. Do the kids binge, or are they content to have a little and go along to something else?

The premise of Food Ninjas is that, by teaching our children to listen to their bodies' hunger and craving cues, they will learn to eat in a way that will be the best for them.  Rather than urging parents to strictly control their children's eating habits, Matt gives the surprising advice that it is better to let the children figure out what to eat.  Parents should still make sure their are many healthy options available, but they need not worry about or try to control access to other foods as well.

I find Matt's Food Ninjas to be a great dose of fresh air.  By forcing our kids to eat what we decide for them, and by restricting what the kids are allowed to eat, we do set our children up psychologically to want the forbidden foods an inordinate amount.  For instance, the more I try to control how much ice cream and candy my kids are allowed to eat, the more they want to eat ice cream and candy.  Matt makes a very good point that the best way for kids to look at foods is to have a neutral attitude about all foods, rather than feeling like they are being deprived of certain foods and forced to eat others, which subsequently creates in our children the desire to have more of the foods we restrict and to hate the foods we want them to eat.

Matt says that, when we allow our children to eat as much as they want of any food that is available, we allow them to become in touch with their bodies' needs.  This allows the children to naturally eat more of whatever they need at any given time through intuitive eating.  Sometimes the children's bodies may signal them to eat huge amounts of meat or ice cream or bread, other times their bodies may signal that that not much food is needed. For this to work, we have to have an innate trust that the body does actually know what it needs, and move out of the way to allow our children to get in tune with their bodies.


My Own Experience with Intuitive Eating 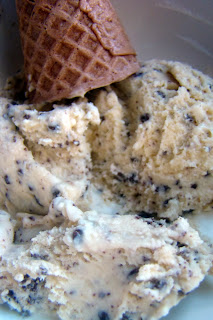 My energy levels skyrocketed and I felt so much better than I had in months. Though I had to struggle with the urge to micromanage my diet by thinking about what was best nutritionally, once I started actually listening to my body the signals were very clear.  My body wanted 3 bowls of (mostly homemade) ice cream a day; over time, my body's desire for ice cream naturally decreased, so that by 2 months later I really didn't want more than 1 or 2 bowls of ice cream a week.  It was very interesting for me to watch this process and see that my body really did show strong urges for what was needed at a specific time, and that following those urges really did lead to better health. (And did you know that ice cream is actually a superfood?) 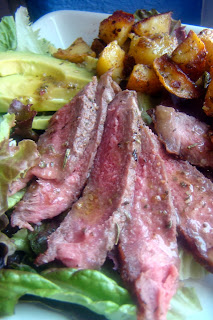 Could This Really Work For My Kids?

Although I have had good experiences with intuitive eating myself, I am still a bit skeptical that my kids could both find a natural balance of healthy eating by using Matt's techniques.  My two kids have dramatically differing food personalities.

I think my son (age 3&1/2) would do totally fine with a free-to-eat-whatever-you-want environment, as he seems to have been born with a preference for healthy, balanced eating.  He loves meat, pickles and all things sour, fruit, some veggies, bread, salmon, and pretty much anything we put in front of him.  He loves dessert, but he also self-limits the amount of dessert he eats (often leaving some behind if there is too much in front of him).

My daughter (age 6&1/2) is totally different. Although she has always been raised in a "real food" household with lots of homemade foods (including dessert), my daughter has always had a poor appetite and poor weight gain (although her weight gain and appetite have improved dramatically in the last year through constitutional homeopathic treatment).  It seems like her metabolism was broken from the start, possibly because of the placenta issues I had while pregnant with her, which resulted in her being only 4 pounds at full term. Because we've always had a "no dessert until you eat dinner" policy, she does eat her dinner most of the time now, but what she really wants to eat (and would eat more of) is ice cream, chips, roasted/fried potatoes, raw milk, and anything sweet (fruit, candy, chocolate). 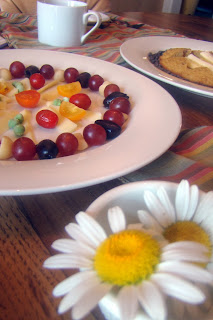 Early last year, when I had such success in kick-starting my own adrenal health through Matt's Diet Recovery program, I decided to let my daughter have free reign on her diet. For about 3 months, I let her eat as much ice cream as she wanted, and pretty much eat as much or little of our meals as she wanted. I was really hoping this would help her start to finally gain weight (at the time she was only 29.5 pounds and 5 years old). And I hoped that by letting her have as much sweets as she wanted, she would get to the point where her body was no longer craving sweets so strongly and move onto more expanded food horizons.  But, at the end of the three months, her desire for sweets had not diminished at all, and I decided to stop this experiment upon realizing that she was actually losing weight.  She had lost 1.5 pounds over that 3 months of being allowed to eat whatever she wanted, and given how small she was to begin with, I was not comfortable with her losing weight.

Things might be different now, though.  As I mentioned earlier, over the last year my daughter has had great weight gain through her constitutional homeopathic treatment; her appetite is much better now and she wants to eat a wider variety of foods now.  She's gained 7 pounds in the last year (previously she averaged 3-4 pounds a year, and had lost weight for the six months previous to starting the homeopathic treatment), along with lots of other signs of improved health (such as far fewer illnesses). Since her metabolism and appetite are much more balanced now, I am interested to implement Matt's suggestions to see if my daughter can develop a more healthy relationship with food.  She is rather fixated on sweets and dessert, and I would like her to be able to feel more neutral about those foods.  My restriction of her sweet intake could certainly be part of the reason she wants sweets so much (since she may feel deprived from them from a psychological standpoint).

Food Ninjas is Worth Reading

Overall, Matt's Food Ninjas book is worthwhile reading for any parent.  Whether or not you agree with his conclusions, taking some time to really think about our children's attitudes and relationships with food is valuable. In the end, I want my children to naturally eat what their bodies need, and to not be fixated on what they can't have.

Do your children have a healthy attitude towards food? Or do they binge on candy whenever they get the chance?


Disclosure: Matt Stone did provide me with a free copy of the Food Ninjas ebook (normally priced at $2.99) when I asked if I could review it for this blog.


Links to Amazon are affiliate links. If you use these links, your price remains the same, but I earn a small commission. Thanks for supporting this site!
Posted by Sarah Smith at 5:30 AM 3 comments:

Our Top 10 Nutrient-Dense Breakfasts, Including How to Fry Eggs in Cast Iron

I've always loved breakfast.  As soon as I awake, I always feel a strong desire to eat breakfast.  And since first-thing-in-the-morning is the best time of day for us to homeschool, our breakfasts need to require little time or effort to prepare. Because I periodically make large batches of make-ahead breakfast items, getting breakfast on the table during the week is very quick and easy.

These are the staple breakfast items in our home.  Most of these require preparation ahead of time.  I usually spend an hour or two each weekend making breakfast and snack items for the coming week. 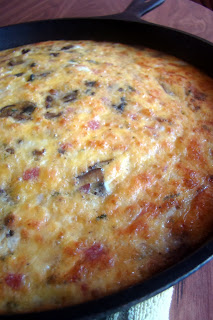 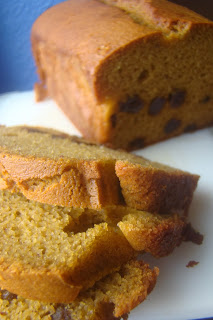 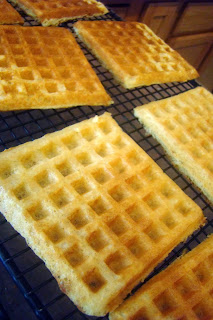 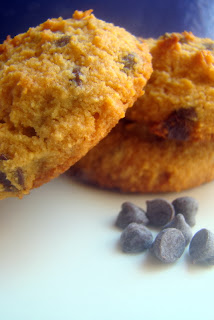 What are your favorite breakfast foods?