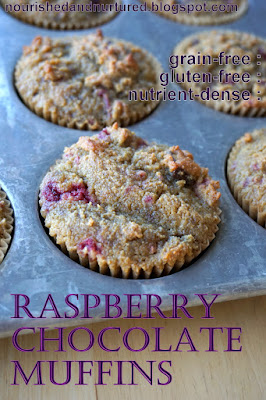 Sweet-tart raspberries and dark chocolate are a fantastic flavor combination. This grain-free muffin recipe relies on a combination of coconut flour and arrowroot starch, which creates a lighter muffin than using coconut flour alone.  These muffins are moist, yummy, and bursting with flavor!

This recipe is rich in healthy protein and fat. I like to make these muffins using a combination of sucanat and sugar for the sweetener; the lighter taste of sugar allows the bright flavor of raspberries to really "pop" in this recipe. However, sucanat can be used exclusively if you prefer to use only unrefined sweeteners. 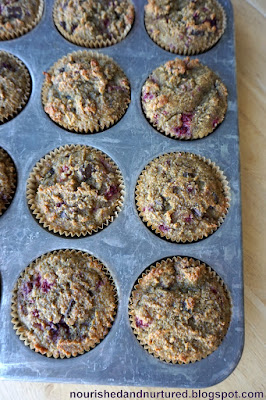 *Except during our local berry season, I find that frozen berries have far superior flavor to the fresh ones sold in grocery stores.


Links to Amazon are affiliate links. If you use these links, your price remains the same, but I earn a small commission. Thanks for supporting this site!
Posted by Sarah Smith at 7:37 AM 4 comments:

Why I Don't Try to Meet Math Grade Standards

A couple weeks ago, I blogged about Teaching Elementary Math Without a Formal Curriculum, and now I'd like to share why I don't try to meet math grade standards.

I think math is important, actually very important. Math is foundational to so many other areas of study, such as science, engineering, and research. My own mechanical engineering degree and 10-year-career as an aerospace engineer relied highly on math.  But here is where the other shoe drops: I think that trying to homeschool math to elementary grade standards is pointless and can even be detrimental. 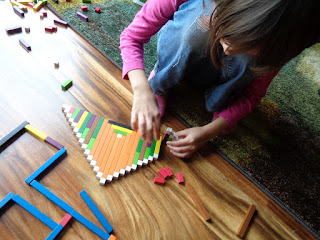 I didn't always think this way, and trying to make sure that my daughter was at-standard (or above-standard) is part of what led us down the road to homeschool burnout, with a frustrated momma and a stressed child.  I noticed early on that, while reading came very easily to my daughter and she was reading far above grade-level at an early age, math was different. Working math problems was repetitive and boring for her, and math facts did not stick in her head easily. I tried several different math curriculums, but they all fell flat.  It wasn't until I changed my whole outlook on math that things changed for the better and I was able to start fostering a love of math in my now-nearly-9-year-old daughter.

Meanwhile, my 6-year-old son has more of a natural bent towards math. He does not read anywhere near the same level as his sister did at his age, but he does seem to understand and remember math concepts and facts much easier than she did at the same age.  Trying to make them both meet specific grade-standards across the board for all subjects would be to ignore their own unique developmental timelines. Each child is different, and they don't have linear progress in all subjects all the time.

Is one "behind" in math and the other "behind" in reading? Absolutely not. Rather, they are each developing in the way they were meant to, right on time and right as they should.  Trying to make them each fit the mold of specific grade standards would result in their having low-confidence in their abilities in certain areas and, even more important, would give them the idea that their intrinsic worth is related to how well they can perform some specific skills, rather than related to who they are as people.

Research on Math During the Elementary Years

There is research that backs up my position that there is no point in trying to follow grade-standards for math in elementary school. There is one study, in particular, that I'd like to share. "The Teaching of Arithmetic: The Story of an Experiment" was a three-part article published in the November 1935 through January 1936 editions of the Journal of the National Education Association. The author of this article, L. P. Benezet, was the superintendent of schools in Manchester, New Hampshire.

Benezet's articles detailed experiments that he performed over a period of several years at multiple schools with hundreds of children. He wrote that the experiments "[abandoned] all formal instruction in arithmetic below the seventh grade and [concentrated] on teaching the children to read, to reason, and to recite... And by reciting I did not mean giving back, verbatim, the words of the teacher or of the textbook. I meant speaking the English language." Instead of focusing on math facts, the children were given "much practice in estimating heights, lengths, areas, distances, and the like." 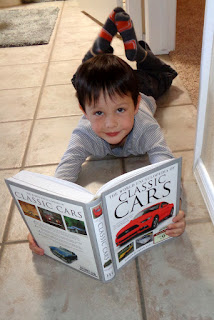 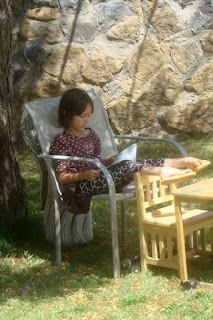 And there was more focus placed on being able to speak clearly, because Benizet "was distressed at the inability of the average child in our grades to use the English language. If the children had original ideas, they were very helpless about translating them into English which could be understood." So, instead of focusing so highly on teaching arithmetic, the teachers instead focused on giving the children experience in speaking well.

"The children in these rooms were encouraged to do a great deal of oral composition. They reported on books that they had read, on incidents which they had seen, on visits that they had made. They told the stories of movies that they had attended and they made up romances on the spur of the moment. It was refreshing to go into one of these rooms. A happy and joyous spirit pervaded them. The children were no longer under the restraint of learning multiplication tables or struggling with long division. They were thoroughly enjoying their hours in school."

These experiments yielded profound results:  "In tests given to both the traditionally and experimentally taught groups, it was found that the latter had been able in one year to attain the level of accomplishment which the traditionally taught children had reached after three and one−half years of arithmetic drill. In addition, because the teachers in the experimental group had had time to concentrate on teaching the children to 'read, reason, and recite,' these children developed more interest in reading, a better vocabulary, and greater fluency in expression." Benizet went on to say that, "development of the ability to reason is one of the big results of the new course of study in arithmetic." Because the children in the experimental groups had learned better reasoning skills, they actually performed much better than their peers in answering math word problems.

Without the Pressure and Drill, Children Can Explore and Enjoy Math 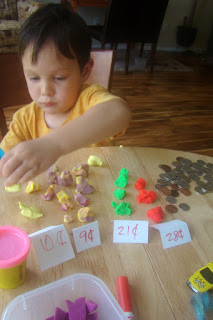 By letting go of math grade standards and moving away from math drill and repetition, our math studies have been transformed from a stressful experience into a joyful exploration. Math has become a subject that is highly interesting to my children, because they see how it applies to their everyday lives. They are free to probe into math and apply it, without being forced to regurgitate math facts or complete mind-numbing worksheets. Through our use of math read-alouds, math games, and everyday math, my children's understanding of math concepts is steadily growing because they are interested and want to learn. And when children have the desire to learn, their knowledge will know no bounds.

Want to read more about teaching math? Here are some relevant articles:
Teaching Elementary Math Without a Formal Curriculum
How Early Academic Training Retards Intellectual Development
7 Easy Steps to Successful Math
Kids Learn Math Easily When They Control Their Own Learning
The Teaching of Arithmetic: The Story of an Experiment

Do you have any experiences to share about teaching math in unconventional ways?