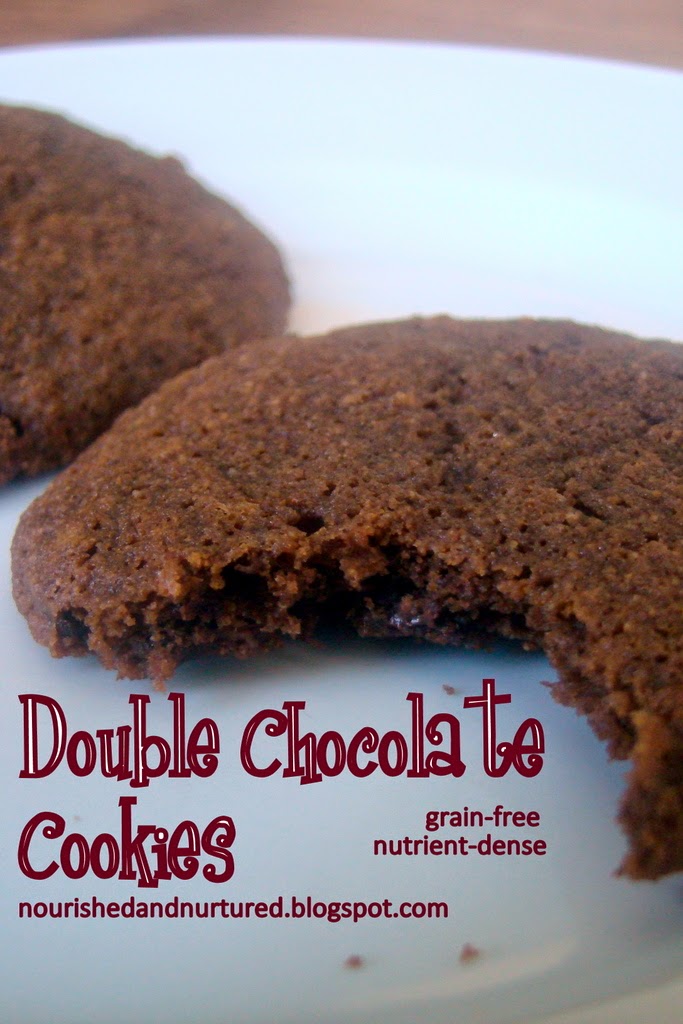 Chocolate cookies with chocolate chips: crispy on the edges, chewy in the middle, and delicious all the way through! Because my daughter still has some issues when she consumes gluten and grains, I like to make sure she always has plenty of  grain-free options. My daughter especially adores chocolate, so these cookies are a perfect fit for her.  The rest of the family loves these cookies too! 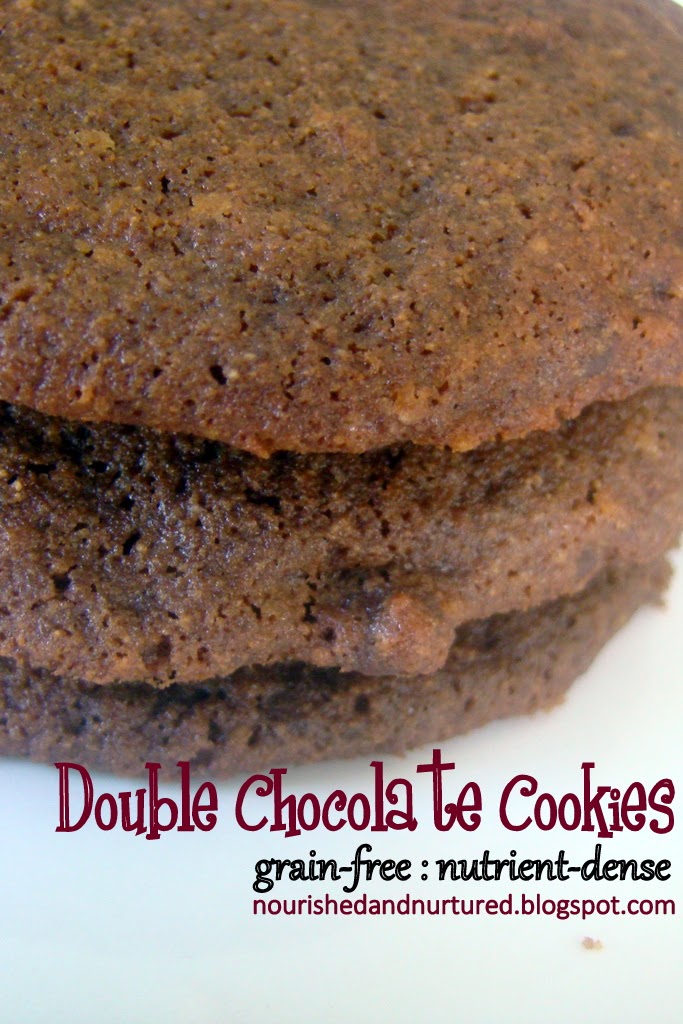 *I use dairy-free, soy-free chocolate chips.
**I love using my Kitchen-Aid stand mixer for making cookies as it makes it very easy to add the ingredients while the mixer is running.
Posted by Sarah Smith at 6:00 AM No comments:

Why I Stopped Pushing in Our Homeschool 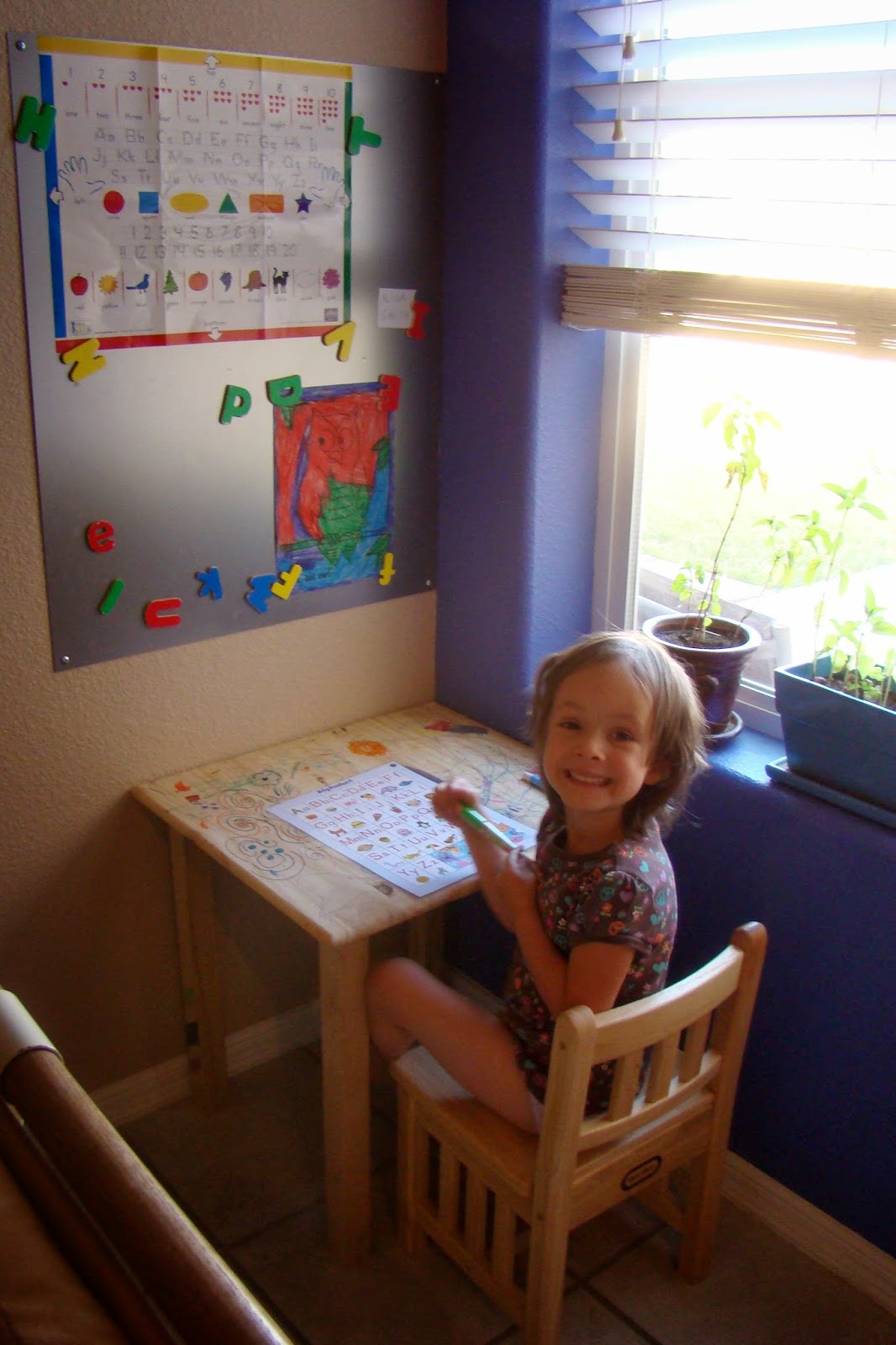 When I first started homeschooling my daughter Alina nearly three years ago, I was very excited about all the things we would accomplish. I read The Well-Trained Mind and was enthusiastic to get into the rigorous, classical method of schooling. I relished planning our curriculum and was sure that I was going to give Alina the best education she could get. 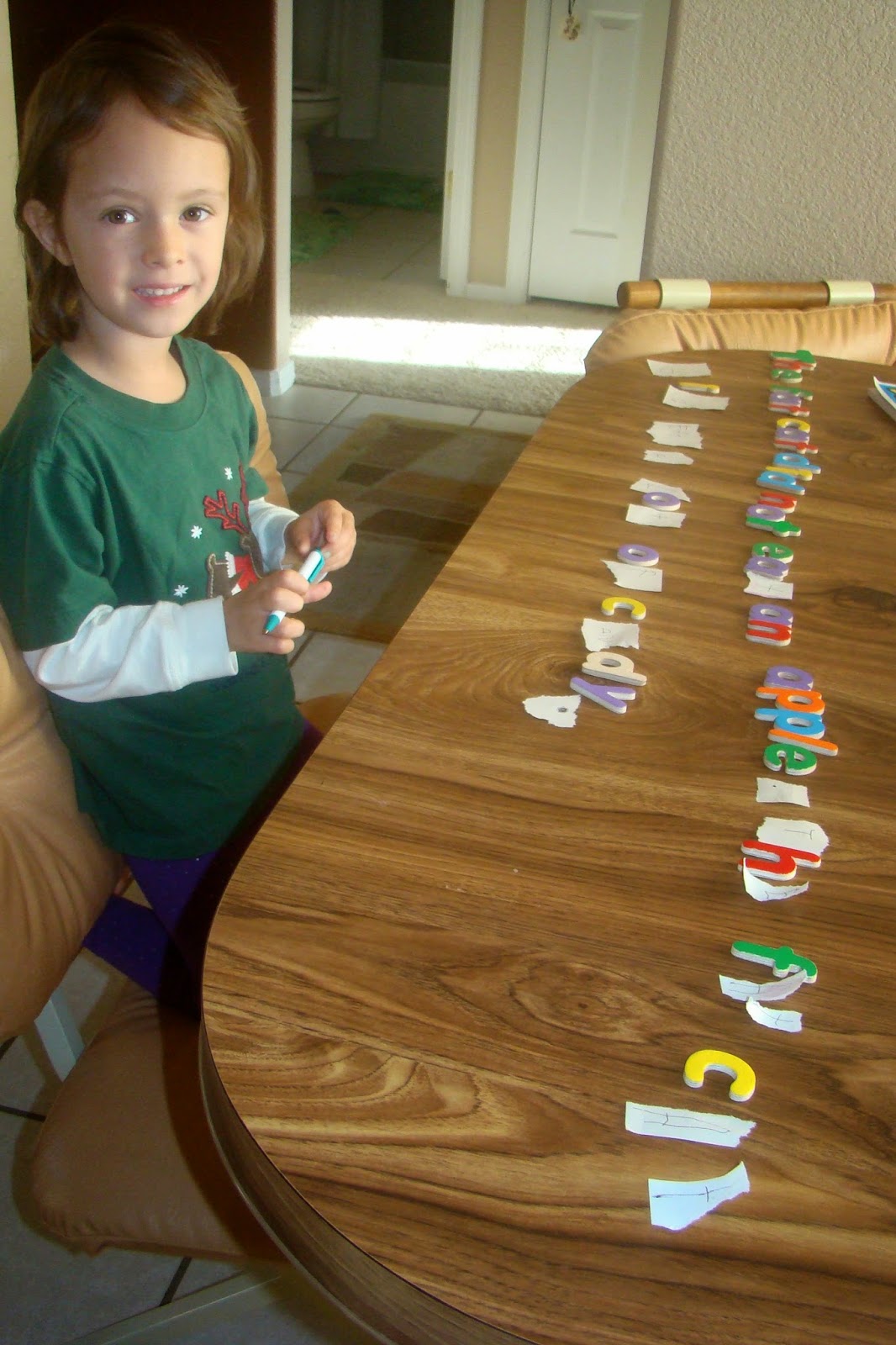 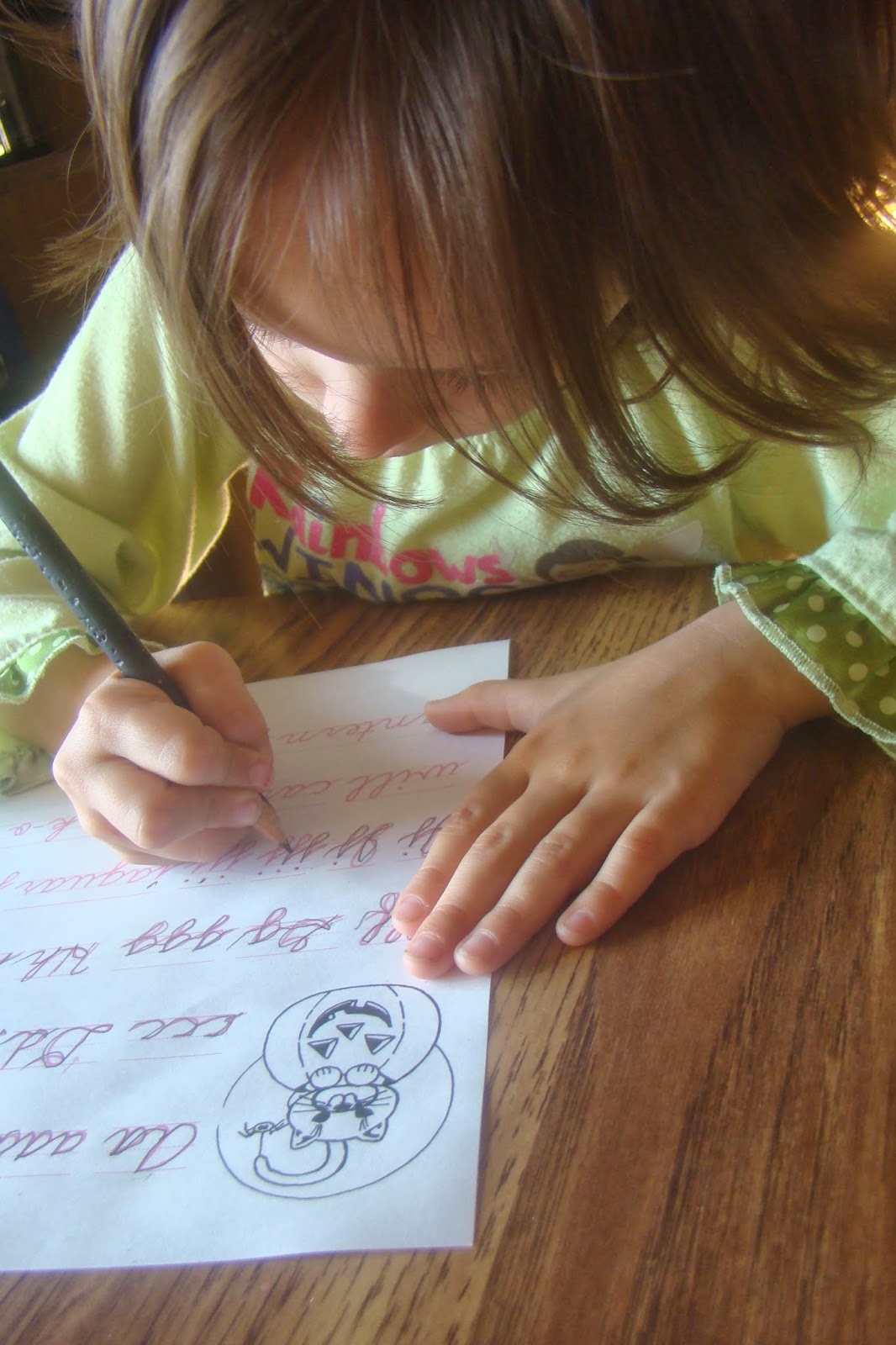 And yes, my daughter was only 4 years old. But I knew through the homeschooling we had done throughout her preschool years that Alina was ready to learn, loved learning, and loved doing worksheets.  So we dug right in and started rigorous classical schooling.

Fast forward awhile... Our rigorous classical schooling seemed to be working well.  Alina was reading 7th grade level books on her own at the age of 6 years old. Increasingly, I had to cajole her to do her math lessons, so I started incorporating more math games rather than worksheets. Alina was becoming increasingly resistant to writing, despite the fact that she had loved practicing writing back before we'd officially started homeschooling.

But wasn't the purpose of schooling my daughter having her master her academics as young as possible?

Our Enthusiasm Was Dropping 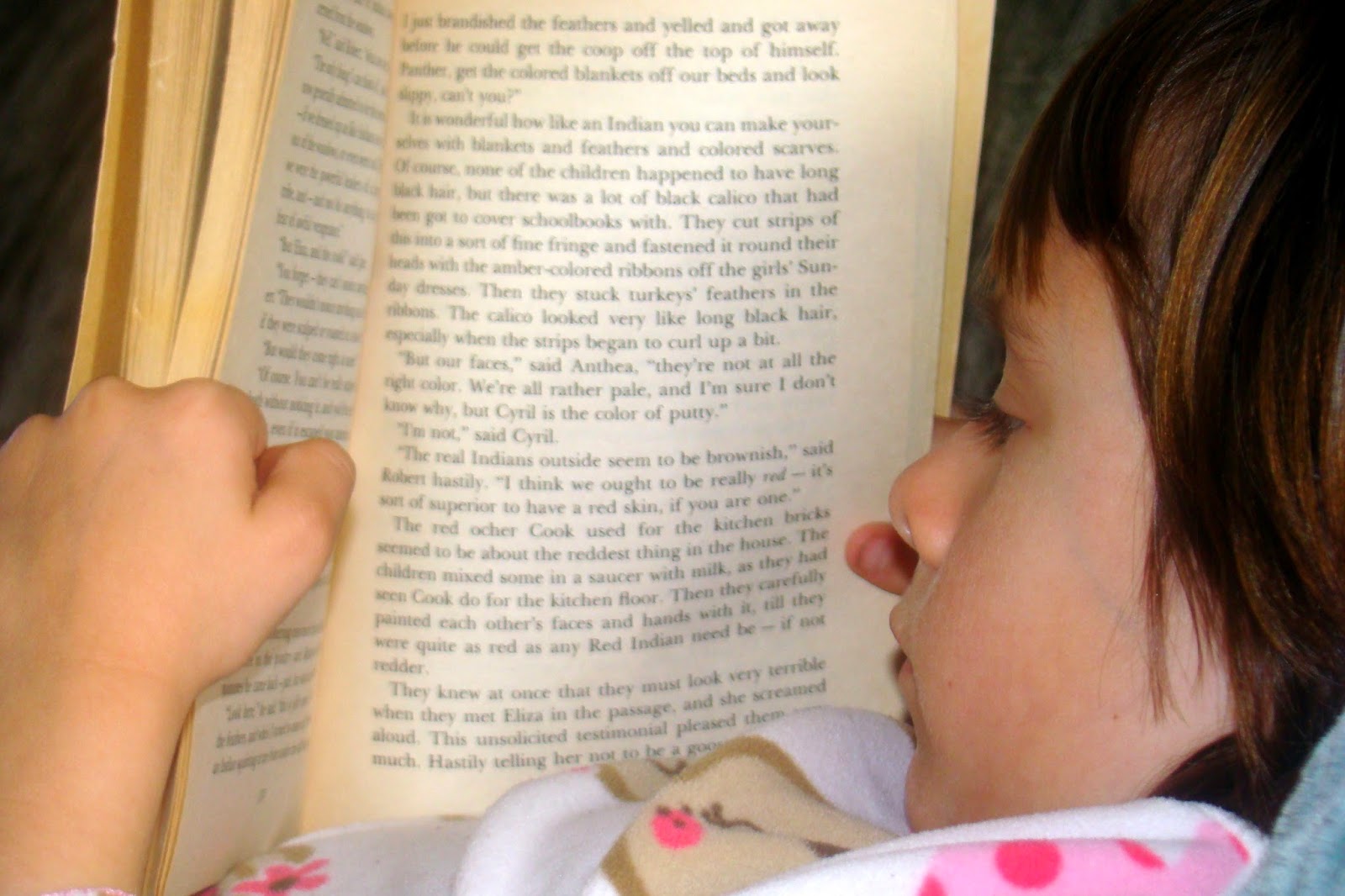 Even though I gave Alina lots of breaks and even though we were always done with school by lunch time, Alina's enthusiasm for school was waning. I was starting to have less fun with our homeschooling, since it was taking more and more creativity to get Alina to do her schoolwork without a struggle. I trolled the internet for new worksheets, since Alina was no longer interested in the plethora of workbooks we already had.

A year ago, my kids had their tricycle and scooter stolen. As my kids struggled to understand the world that now seemed fearsome, they wanted to talk over and over again about what punishment the thieves would have for their misdeeds. Alina thought a just punishment would be for the thieves to have to do extra school work. A big red flag was waving at me.

My 6-year-old was now likening school work to punishment! My daughter, who had started out loving to learn and loving school, was now being pushed to do math and writing. And she no longer liked school or math or writing.

A Seed Is Planted

Shortly before my kids' bikes were stolen, I had started reading Thomas Jefferson Education. This book talks about the conveyer belt approach to schooling (which is the model used by the public school system and that which I was basing my own homeschool upon) as compared to leadership education. Conveyor belt schooling seeks to teach children what to think, whereas leadership education seeks to teach kids how to think.  A conveyor belt education wants to check off the boxes so that every child is taught the same things, whereas leadership education wants to help each child find their own unique mission.

Lessons From My Own Education

As I contemplated all of this, I thought about my own schooling.  I attended public school, then moved onto college, where I changed my major several times and finally settled on mechanical engineering.  I became an aerospace engineer working for NASA for ten years.  By most standards, my schooling was a success and I had accomplished what I should.

But while I was working as an engineer, I knew that something was missing.  I had chosen to be an engineer because I was good at math and so that I could get a "good" job. Once I had the "good" job, I was able to do it well and there were many aspects of the job that I enjoyed, yet I still found that the day-to-day grind of going to work was tiresome.

I became a stay-at-home mother shortly before the birth of my son over 4 years ago.  At the time, I didn't have any further career aspirations; I just wanted to be able to raise and homeschool my kids. I had known for quite a long time that I had no true passion for being an engineer, no matter how well I could do it or how illustrious were the projects I worked on. I had no idea of what was about to happen in my own life.

2&1/2 years ago I found homeopathy. I was instantly hooked. I started devouring books on homeopathy, wanting to learn as much as I could. I didn't start learning about homeopathy with any intention of becoming a homeopath or finding a new career. I was just compelled to learn more and know more. Now I joke that homeopathy chose me, because it was almost as if I didn't have a choice.  It feels like I was made for homeopathy. 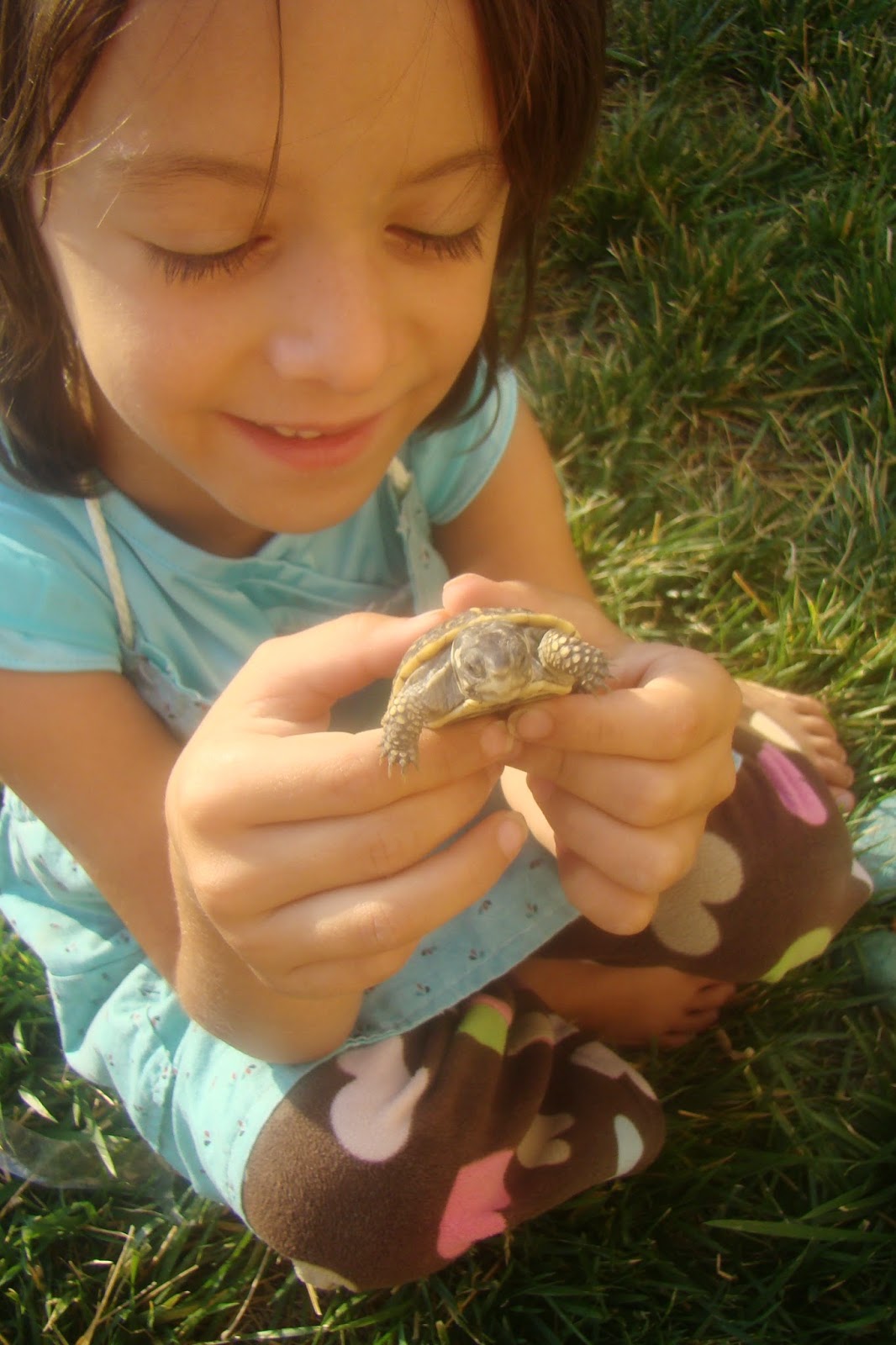 I now know what it feels like to find my own personal mission, and it is so different than going to school and picking a major to get a "good" job.  My passion for homeopathy is so far above anything I ever felt for engineering; they're not even in the same ballpark.  Every day I learn more about homeopathy, not because a teacher has assigned it to me, but because I want to and choose to.  And even though I am now juggling working as a homeopath with homeschooling, keeping house, and raising my kids, it all feels right.  I no longer have that sense that I am spinning my wheels as I did when I was working as an engineer. Instead, I know with full certainty that this is what I am supposed to be doing.

What Do I Really Want for My Kids? 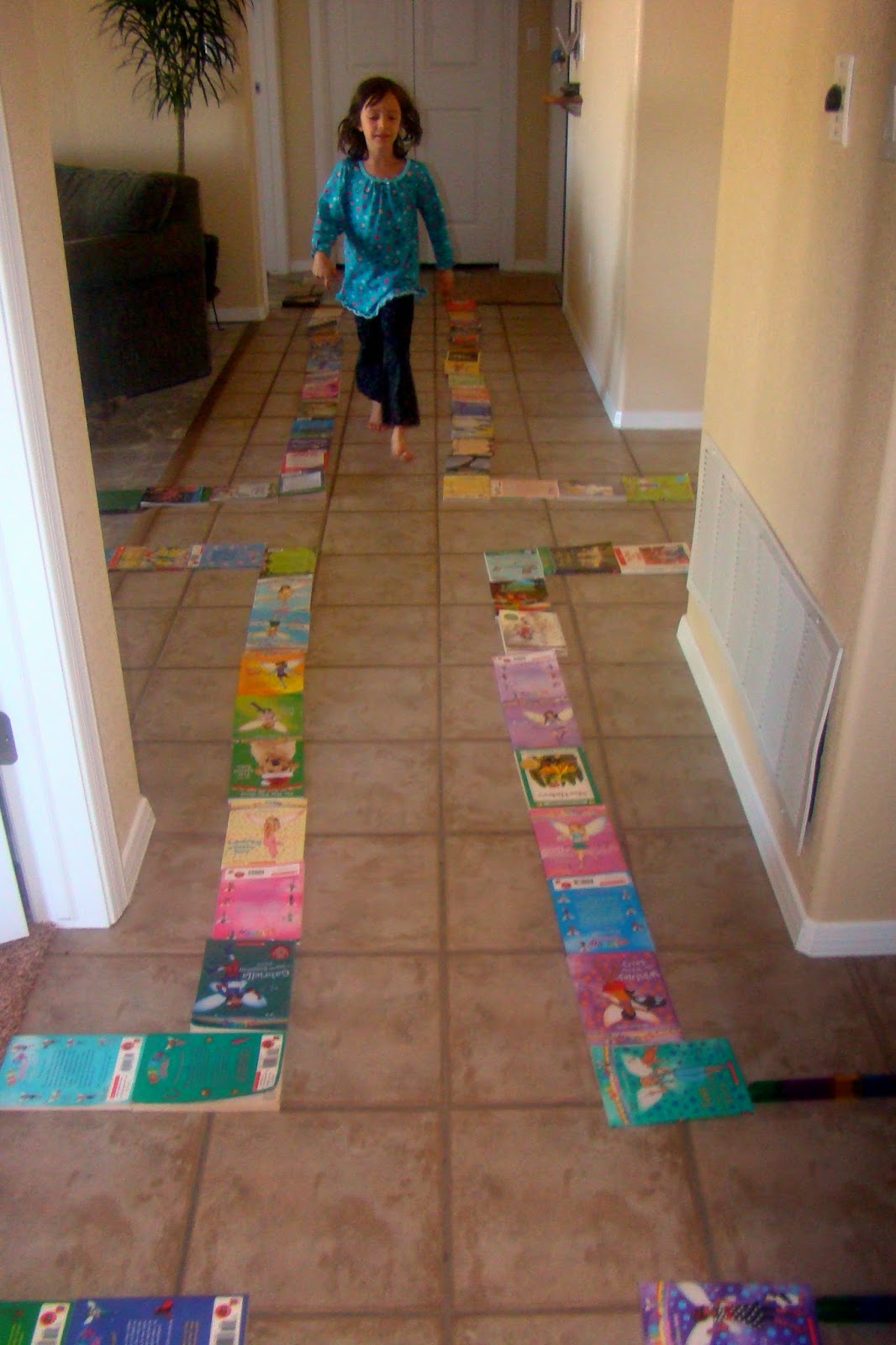 While I was reading Thomas Jefferson Education, I was seeing it's message right before my eyes. My daughter was liking school less and less, and the more I pushed her to do school, the worse it became.  Meanwhile, my passion for homeopathy was being ignited and burning with a bright flame. The contrast between my educational experience and that of my daughter was stark. 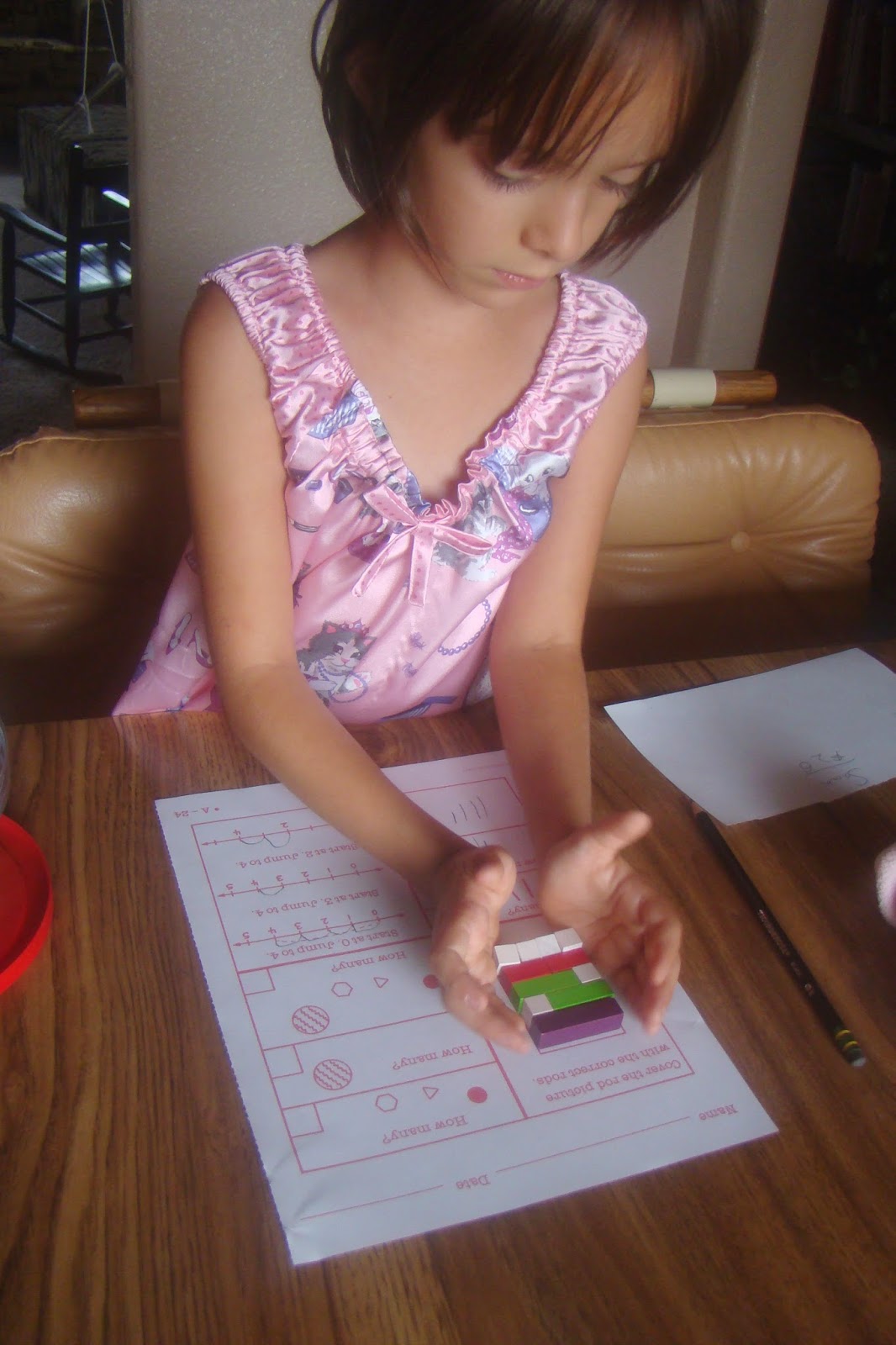 Shortly after I read Thomas Jefferson Education (TJED), I decided to take a leap off the schooling conveyor belt.  I decided to stop pushing my daughter to do academics, and instead adopt the TJED approach. 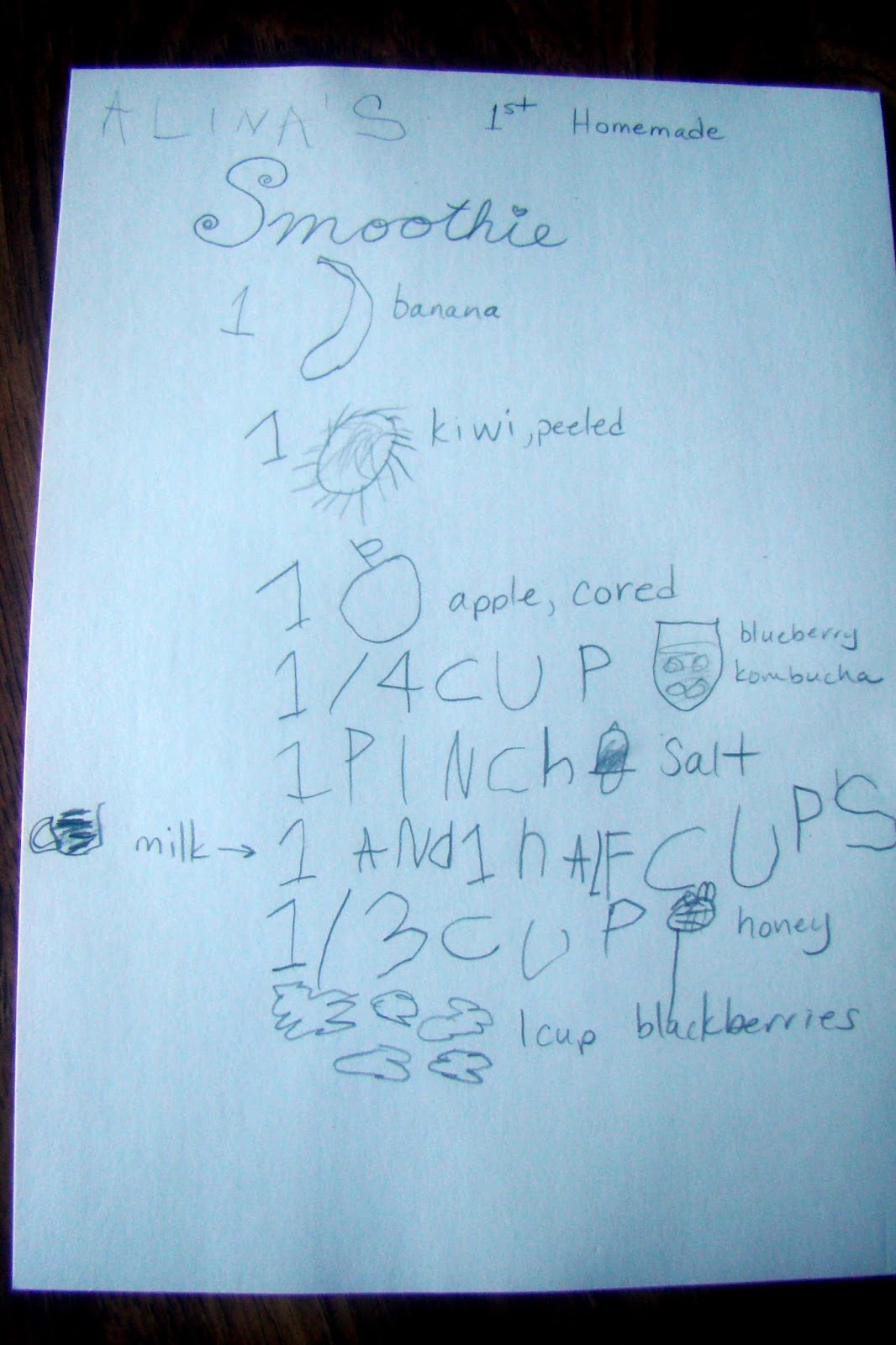 TJED is kind of like a mix between classically-based schooling, unschooling, and Charlotte Mason. It is more structured than unschooling, but much less rigorous than Well-Trained Mind. TJED focuses on creating an environment where children are inspired to learn. Rather than forcing children to fulfill our own agendas for their learning, TJED allows children to develop their own interests and then pursue them passionately.  You can read about the 7 Keys to Great Teaching on the TJED site here.

There is also a huge focus in TJED on the parents focusing on their own educations, which serves as a great example for the kids to want to further their own educations. This really works. The more the kids see me doing my own reading, studying, and writing, the more they naturally want to do those things themselves, without any of the pressure that I was putting on them before. My daughter is learning huge amounts about things that are interesting to her on her own initiative, and I am getting to learn lots myself rather than focusing so much on her curriculum.

The TJED approach has worked wonders in our homeschool.  Now instead of dragging her feet and thinking of school as punishment, my daughter Alina loves our homeschooling. She has even come up with a name for our new school approach: awesome school!


What approach do you use for schooling?  Do you want to know more about what leadership education looks like in our home?


Links to Amazon are affiliate links. If you use these links, your price remains the same, but I earn a small commission. Thanks for supporting this site!
Posted by Sarah Smith at 6:30 AM 25 comments: