As cold and flu season arrives, there are three homeopathic remedies that are crucial to have on-hand. When used properly, these remedies can quickly stop an illness from worsening and, in many cases, completely cure the illness within a short time period. Homeopathic remedies work by stimulating the body to cure the underlying cause of the symptoms, and they do so without side effects.

These three remedies are useful at the beginning of a cold/flu, when the symptoms are still developing. In my experience, many colds and flus can be completely aborted with the use of one of these remedies if given within the first 24 hours of the illness. Once the illness has progressed past the initial stages, these remedies lose their wide applicability. After the first day or two of the illness, success through homeopathic treatment relies upon choosing a remedy that matches the specific signs and symptoms each ill individual, as discussed below in the section titled, "What About After the First 24-48 Hours?"

Three Remedies to Have On-Hand

When choosing which of these three remedies to use for a cold or flu, it is important to match the illness to the remedy based on the characteristics described below. 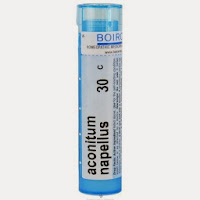 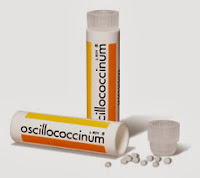 One of the biggest mistakes that people often make when they first start using homeopathy for acute illnesses is taking remedies too often.  Homeopathic remedies should not be used in a mechanical fashion, such as "take this every 4-6 hours for 7 days". With all homeopathic remedies, the least number of doses is always the best plan.

Anytime there is obvious improvement happening, the best policy is to stop taking the remedy and then watch-and-wait.  Taking too much remedy can actually interfere with the curative action of the remedy, or in some cases cause a full relapse. Once the remedy has stimulated the body to cure itself, and the body is showing signs of definite improvement, the remedy should be stopped. No more remedy should be taken unless it is indicated by a regression in symptoms or a plateau (where the symptoms stay the same for several hours).

Care should be taken handle the remedies properly by: 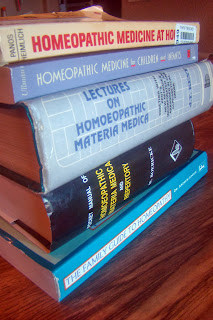 Have you tried homeopathic remedies for acute illnesses?


Disclaimer: I am not a doctor or licensed healthcare professional. I am a homeopathic practitioner whose services are considered complementary and alternative by the state of New Mexico. The uses of homeopathic remedies described herein are provided for educational use only.


Links to Amazon are affiliate links. If you use these links, your price remains the same, but I earn a small commission. Thanks for supporting this site!

Thank you for this!!! Can these remedies be used while doing LM series and also - would cocoa powder (organic) antidote the remedies?

I just wanted to comment regarding antidoting substances. A lot of homeopaths that I have come into contact with say that this is a myth. Hahneman put the remedies into soups. Another high profile hp told me that he would be out of business if the "strong odor"/ medication theory was true as almost every patient is on meds or drinks coffee /uses mint toothpaste. I just wanted to put this out there as some may think that they cant try hp with their need to use meds or essential oils.

It is true that some people can use any of the common antidotes and have no issues. But it is also true that some people really will antidote the remedies if they use those substances. I've had several of my patients who were taking remedies for acute ailments that were working wonderfully, then they drank coffee the next morning and lost all of their improvements. It really does vary depending on the individual. I tell my patients to avoid all of those substances to start with, and then later on they can try to introduce them and we will be able to see if there is a difference. People with chemical sensitivities or any high sensitivities (such as sensitivity to noise, smells, lights, etc) seem to be the most prone to accidentally antidoting through coffee, essential oils, etc. Additionally, people who have been on lots of pharmaceutical drugs seem to be more sensitive to antidotes.

I presume you are using the LM potencies constitutionally. In that case, yes, you can still use these remedies to treat acute ailments and there will be no problem. However, you should make sure the ailments are actually acute and not something coming out constitutionally.

Constitutional treatment, as part of the healing process, often brings out old ailments that were previously suppressed; if this is what is actually happening, acute remedies should not be used to treat the ailment if at all possible. So talking to your constitutional homeopath before using the remedies is definitely a good plan.

And no, cocoa powder will not antidote the remedies.

Let me know if you have any more questions!

Can these be used with infants?

Good to know! I guess I can just crash it for him? My 8mo is breastfed, but going to daycare, so keeps getting colds. Anything else you would recommend as prevention? Vit c? He just started solids not long ago.

I assume you were asking about crushing the pellet... Yes you a n do that for an infant, or you can dissolve it in a little filtered water and give it to him that way. If he keeps getting sick over and over, that is usually a sign that he could really benefit from constitutional homeopathic treatment (which seeks to correct the fundamental imbalance that is allowing him to repeatedly get sick over and over). Constitutional treatment can have huge benefits in the immune system. My daughter, for instance, went from having about 10-12 illnesses each year for years in a row to having had only 1 illness in the last 12 months through having constitutional homeopathic treatment.

Great article! Just a note... Do not stop prescription medications suddenly in order to use homeopathic remedies. Depending on the drug, you could get seriously ill or dead. Ideally, no meds would be taken but there it is. :-)

Hi Sarah, You mentioned chemical sensitivities. Can homeopathy help with that? I'm not sure what really causes it. Is it a liver issue (toxic overload and can't handle any more incoming toxic chemicals), gut issue (like autoimmune reactions), or something else? I've read something about it being due to the amygdala in the brain, but I haven't looked into it any further yet. You mentioned it, and it made me wonder whether this can be addressed with homeopathy.

Yes, chemical sensitivities can be helped by constitutional homeopathic treatment. My husband, for instance, used to get sinus inflammation any time he was around even a lingering small amount of cigarette smoke (from someone smoking in another room with the door closed). Now he can be in the same situation and not have any sinus issues. We have also noticed our food sensitivities lessening through constitutional homeopathic treatment (which is still ongoing).

One cure which beats all cures for the flu is cayenne pepper. It's fantastic, it has many healing properties for lots of problems. Might need a glass of milk to sip on until used to it though. One teaspoon in a glass of water does the trick. Good if you can take it daily.

It's good to know that this medication uses less amount of dosage. Very informative and well explained article. Can we use this homeopathic medicine while taking some home remedies?

HI Sarah. I have inherited 2 homeopathic kits from a dear friend who passed away several years ago. I am pregnant with # 5 and very nauseated. I was with all of my pregnancies the entire 9 months (worse being in the first trimester with vomiting). I am so hopeful that something will help me. I have tried Sepia, but I don't think that did anything. Then a couple of days later I tried both Nax Vomica and Ipecac..(forget the rest). They seemed to help right away, but within the hour I felt the same. Any thoughts???

The correct remedy will be one that is selected to match your specific symptoms. This would include more than just the nausea, but also mental/emotional changes and any other physical symptoms as well. For instance, several of the pregnant ladies I have treated also had heart palpitations, some may have urinary things going on, most have some emotional things happening. All of those are taken into account to find the remedy that best matches ALL of the symptoms, not just the nausea.

If it helps, here are a few articles that describe some of the more common remedies for pregnancy-induced nausea. If none of these sound quite right, you may want to talk to a homepath to help in determining which remedy to use:

I really like your straightforward style.
I would like a suggestion--I am mid 70's very healthy, have used remedies for years. Currently using cell salts.
However, I recently started losing my hair. Additionally, I have damaged nails from long use of acrylic nails--what suggestion can you make for that? Do you do e-mail consults?. Thanks, Yvonne in CA

Hi Yvonne,
Because both of the complaints you mentioned are chronic complaints, they would be best treated through constitutional homeopathic treatment. I couldn't recommend a remedy without knowing a lot more about your entire symptom picture (including physical symptoms as well as mental/emotional complaints).

I do not do e-mail consultations, but I do phone consultations. E-mail me if you want to discuss treatment options/rates/etc. nourishedandnurtured[at]gmail[dot]com