Natural Birth is Optimal and Empowering

This article is the third in a 7-part series on home birth.  For more about home birth, see the Pregnancy and Parenting Index. 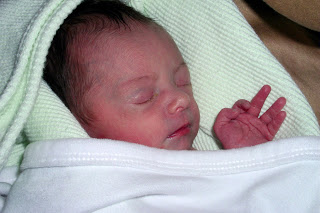 Natural, drug-free birth is undoubtedly what nature intended. There are risks associated with the use of any drugs to augment labor (such as pitocin which is used to speed up labor, or epidurals which are used to numb the mother to pain), and it is known that babies exposed to drugs during delivery will be affected by those drugs. Even for a mother who strives to have a natural, drug-free delivery, birthing in a hospital setting makes that outcome less likely.

In a hospital, there are certain protocols that must be followed, and these often include restrictions on how long women are allowed to labor, what positions they may labor in, and even whether or not they are allowed to eat or drink. Additionally, women are offered drugs as a solution to the perceived problem of labor, when in reality labor is a normal bodily process and not a medical problem for most women. Birthing at home allows mothers to follow their bodies’ instincts and to do whatever they need to accomplish the task of having a baby.

In the words of Ina May Gaskin

[1], “your body is not a lemon.” Your body was designed perfectly to give birth naturally and spontaneously. When you follow your body’s cues and give birth naturally, you are left with a profound respect for your body. During my first labor, I reached full dilation but did not feel the urge to push until a couple hours later. My daughter was still high up in the birth canal, and my body used a couple hours of passive descent to move her down. During this time, my contractions became less frequent, giving me the opportunity to rest for about 10 minutes before each contraction. If I had been in a hospital, it is likely that I would have been instructed to push as soon as I reached full dilation. This could have resulted in me expending lots of energy and getting quite worn out. By being at home, I was able to relax while my body naturally did the work of moving the baby down, so that when I did feel the urge to push she was born in just a few pushes.

After both of my labors, I felt that I had accomplished something vitally important. I was left with a feeling of deep empowerment and connection to all the other women who have given birth.